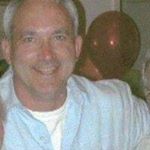 In 1954, David was born in Westminster, South Carolina.

As the local paper reported, when he was 18 months old he climbed a ladder to the roof of his home and “ he was found sitting astraddle the tip top of the house looking about”. A terrified neighbor called his very pregnant mother to alert her and noted him sitting on the peak calmly looking all around, as if surveying the surrounding property.

His mother called her best friend who rushed over, climbed up and rescued David. Everyone was terrified, mystified and scratched their head. How and why did David climb to the top of the roof?

A new household policy of “No Ladders Left Leaning” was initiated. David couldn’t understand what all the fuss was about. For the first time, he saw there was more than just the front porch, the front yard, his parents and two older sisters. There was more.

David’s “roof top” experience, though not a mountain top epiphany, expressed what would be his lifelong search and seeking to uncover and reveal more of himself, more of who he is, more of his creativity. Through his interior design work David continues to look about, both inward and outward, to give his clients a space, a home that nurtures, nurtures and inspires them.

For David, there is always more to see, more to uncover and reveal, in service to others.